I hurried past the fountain, its ornamental tiers and winged lions standing where once cattle and Red Leicester cheese would have been traded, a marketplace bustle now reduced to a pair of seated workers in hi-viz vests brandishing Tupperware sandwiches, and a confused-looking couple scrutinising a map. I approached Leicester Town Hall’s gates, imposing barriers of gilt Victorian ironwork designed to impress as much as suppress, and noticed only darkness through the surrounding windows. I tried the handles, slippery with the afternoon’s rain. Finding them unyielding, I stood wondering whether my quest was thwarted. It started to rain heavily again, striking down some remaining leaves from the plane trees and pasting them to the flagstones. It was getting dark and I was running out of time. I needed to find the town crier.

Twenty-four hours earlier I had arrived at Sparkenhoe Farm, base of the Leicestershire Handmade Cheese Company, to learn more about a cheese that is most often only encountered as block cheddar with a fake tan. One of the country’s territorial cheeses (those whose character was originally defined by the region’s topography, climate and breeds) Red Leicester’s reputation surpassed that of most of the county’s cheeses from the 1600s right up until factory production spelt its decline in 1875. Its distinctive millstone shape, which would have assisted the maturation of its flakier-than-Cheddar, more-elastic-than-Cheshire, core, was common in farmhouse cheese rooms across the county. Tinted with annatto, juice of the seed of a South American tree, its orange hue was deeper than Double Gloucester and its character just as prized.

The decline of farmhouse Red Leicester, as with farm-made cheeses across Britain, that set in with factory production, was compounded by the world wars. Whilst the production of Leicester cheese was permitted, it had to conform to government guidelines that favoured volume, and for much of the second world war annato was not available. The introduction of White Leicester was not a success. By 1956 there were no farm producers of Red Leicester left and it would be another fifty years before anyone would get the chance to taste anything resembling the cheese that had once been proudly traded by merchants at a permanent cheese market in Leicester. The city’s town crier had even once been tasked with publicly naming and shaming those who dared to sell sub-standard cheese.

So poor had the reputation of Red Leicester become that when, in 2005, Jo and David Clarke sought to make cheese on their dairy farm to foster business diversity, they thought long and hard before deciding to label their cheese a Red Leicester. Sparkenhoe Cheese, traditional in shape, cloth-bound and made from unpasteurised milk, has clawed back Red Leicester’s reputation for anyone lucky enough to find it. So, when visiting Jo and David for a Meet Your Cheesemaker event, I decided to see what today’s town crier would have to say about the disparity between Sparkenhoe’s Red Leicester and its block namesake I’d just bought in the city’s central market.

I rounded the building and accosted someone loitering beneath an awning beside an empty cycle rack. ‘Is the hall open today?’

‘Barely. Just a couple of us telling people about the new cycle lanes.’

‘No town crier then?

‘Don’t think we’ve had one of those for years.’

On telling him my purpose, I detected an element of concern for my sanity, only exacerbated when I pulled out a wedge of Sparkenhoe cheese. ‘As a representative of the council would you mind standing in as town crier and telling me if you find one of these cheeses inferior?’

He thought for a moment, and then his face brightened. ‘I’m lactose intolerant!’

‘Is there anyone else who could help?

‘They work for the council too,’ he said, nodding towards the brightly bedecked workers, now scooping sodden leaf litter into refuse sacks. I made my way over and explained my quest. They obligingly tasted both cheeses blind

‘This one’s lovely, that’s just rubber,’ said one. The other agreed.

‘The first is the farm one,’ I said, pleased that they’d preferred the Sparkenhoe. ‘Would you mind stating that inferior cheese is being sold in Leicester.’

They glanced at one another. ‘No mate, we’re not allowed, but you could try the museum. My niece works there.

The museum staff again elicited unanimous agreement. No fewer than five stand-in town criers proclaimed that standards had slipped. One of them was even prepared to say so on camera.

‘Is inferior Red Leicester cheese being sold in Leicester?

For more of Red Leicester and Sparkenhoe, see Gimblett’s Guide to the Best of British Cheeses, Gimblett’s Micro-Guides and Meet Your Cheesemaker events on Youtube. 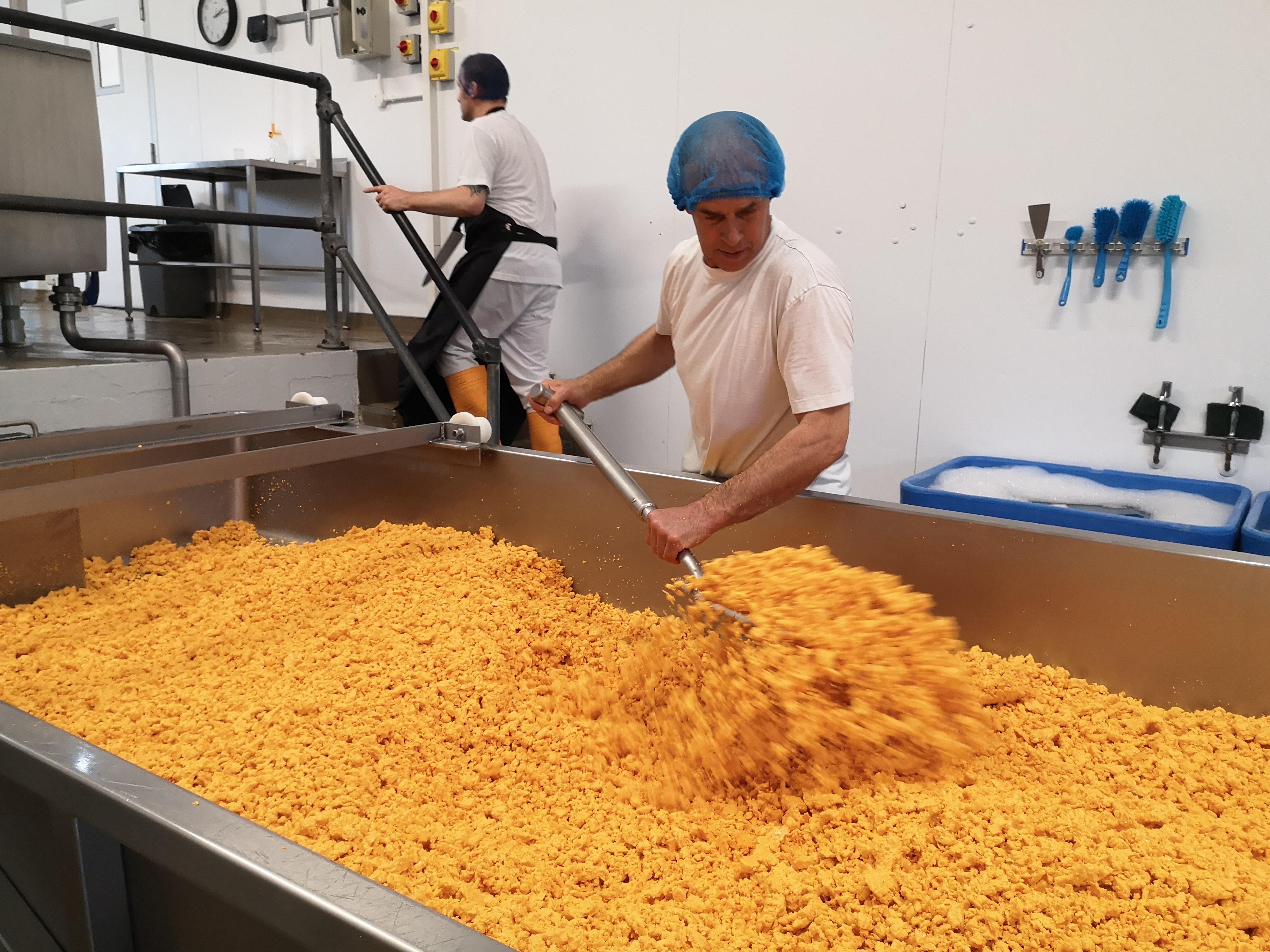